Should the Public be Concerned about
Taxi Insurance Company Insolvencies 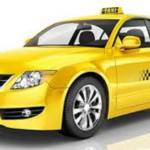 Recently, there has been news about another taxi industry insurance company going insolvent. It may not seem like a an issue the public should that concerned about, but in actuality, you should be concerned especially if you or a family member have been injured or killed in a Pennsylvania or New Jersey taxi accident. First Keystone Risk Retention Group, Inc. has been deemed insolvent by a South Carolina judge. The company is organized under the laws of South Carolina but has its headquarters in Philadelphia, where it insures many taxis, who will now have to seek alternative coverage.

This may not appear to be a major issue; however, unlike traditional insurance companies, retention groups do not have to pay into state guarantee association schemes, which provide coverage in the event of an insurance company’s insolvency. As a result, injury victims will likely have no recourse for their unpaid medical and liability claims. A spokesperson for several Philadelphia taxi owners contends that victims could levy on the taxi medallions valued at approximately $500,000 in Philadelphia; however, this is misleading because most taxi drivers are set up as independent contractors to avoid liability of the taxi and medallion owners.

If you or a family member have been killed or injured in a Pennsylvania or New Jersey taxi accident, please contact me by calling or texting 609-277-3166 in New Jersey or 215-546-3166, in Pennsylvania to learn what your rights are given the uncertainty in the taxi insurance industry.