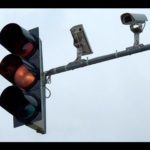 On December 16, 2014, the New Jersey law allowing the use of red light cameras officially ended. Absent new legislation, the program is finished for the foreseeable future. Despite many townships craving reenactment of the law because of the revenue it generated, it does not appear the legislature or the governor are on board. The question everyone should be asking is whether these cameras improve driving safety. The New Jersey DOT was tasked with collecting data on whether the red light cameras increased driver safety. Once all of the data is analyzed a comprehensive report will follow. In the interim, the debate goes on.

Criticisms include the lack of due process. Except for technical breaches regarding equipment operation, it is nearly impossible to beat a ticket even if you were not driving. Fears of big brother intruding people’s lives has many complaining as well. But on the flip side, the Insurance Institute for Highway Safety published a study in 2001 showing that the cameras reduce fatalities. We will have to wait and see if perceived safety increases can overcome the criticism. Hopefully, you will not be the victim of someone else’s careless or reckless driving at traffic light controlled intersections. However, it is important that you have an experienced Wrongful Death and Personal Injury Lawyer if you or a family member is injured or killed in an accident. Call or text me, Joseph Monaco, at 609-277-3166 if you are seeking legal representation.