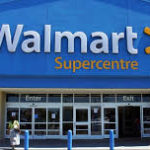 As many of you likely know, actor and comedian Tracey Morgan was seriously injured when he and other passengers in a limousine bus were rear ended by a Wal-Mart tractor trailer on June 7, 2014. Mr. Morgan has filed suit against Wal-Mart and recently there have been numerous news stories and quotes from Tracey Morgan venting outrage that Wal-Mart’s lawyers would allege in Court filings that his failure to wear a seatbelt may have caused or increased the extent of his injuries.

Given the case’s high profile including the alleged outrageous conduct of Wal-Mart for allowing its employee to operate the tractor trailer without proper rest, the seatbelt defense is getting more attention than ever. However, as a New Jersey Personal Injury Lawyer, I see this defense being raised in every case where I a driver or front seat passenger who failed to wear a seatbelt in a New Jersey auto accident. Unlike some other states such as Pennsylvania, where the failure to wear a seatbelt is not admissible at trial, New Jersey law allows the defense to establish that the failure to wear a seatbelt solely or partially caused the injuries sustained in the accident.

If the case goes to trial, the Judge would look to Model Civil Jury Charge 8.21. However, this generally deals with drivers and front seat passengers. If the Judge wished to extend the defense to passengers in a limousine bus, he would tell the jury the following based upon 8.21:

As I told you earlier, defendant’s contention that plaintiff was not wearing a seatbelt is not relevant in deciding who is at fault for causing the accident. But it may be meaningful in determining the amount of money plaintiff may recover for any injuries you find he/she received. I would now like to tell you how this works.
In order to succeed on this reduction of damages issue, defendant must prove by the greater weight of the evidence that:

1. Plaintiff was not using an available seatbelt at the time of the accident.
2. Plaintiff was negligent in not using that seatbelt at the time of the accident.
3. Plaintiff’s injuries were made greater or more severe because he/she was not using
a seatbelt. In other words, some or all of plaintiff’s injuries could have been
prevented or avoided if he/she had been using a seatbelt.

I would like now to talk with you about how you go about deciding if defendant has proven each of these three points to you. You may note that each of these points is set out on the jury verdict sheet as questions.

New Jersey law requires passengers of a motor vehicle car to wear a properly adjusted and fastened seatbelt while the vehicle is in operation on any street or highway of this State. If you find that the plaintiff was in violation of that law at the time of the accident, you may consider that violation of a statutory duty of care on the issue of negligence. However, the violation is not conclusive as to the issue of whether plaintiff was negligent. It is a factor or circumstance which you should consider in assessing the negligence, if any, of the plaintiff. You may also take into account the prevailing custom of seatbelt use at the time of the accident. [That is, what percentage generally of the drivers (and front seat passengers) used a seatbelt at the time of the accident?] Think about all of these factors in deciding whether plaintiff acted as a reasonably prudent person and, therefore, was or was not negligent in not using a seatbelt.

If you find that the plaintiff was negligent, you must then decide whether the failure to use a seatbelt increased the extent or severity of his/her injuries. In making this decision, you are to consider all of the evidence in this case, including the testimony of the expert witness(es) who testified. Think about the total extent of plaintiff’s injuries and whether any of those injuries would have been avoided if he/she had been using a seatbelt. If you find that the plaintiff was severely injured, and the evidence shows that his/her severe injuries could not have been avoided by the use of a seatbelt, it is immaterial that some very minor injuries could have been avoided by seatbelt use. Therefore, if the negligent failure to wear a seatbelt had no impact on the extent of the injury, you should cease to consider the seatbelt issue. If, on the other hand, you find that the negligent failure to wear a seatbelt increased the extent or severity of injuries, you must then evaluate the impact of the failure to wear a seatbelt. If you decide three facts — one, plaintiff was not using an available seatbelt at the time of the accident; two, plaintiff was negligent in not using the seatbelt; and three, as a result, plaintiff’s injuries were made greater or more severe — then you must make two more decisions. You will see that these appear as questions on your jury verdict sheet.

The first is to decide what part of plaintiff’s injuries would have been avoided if a seatbelt had been used. The defendant has the burden of proving this to you. To do this, you must first determine the value of the total damages which plaintiff incurred. Then, you must set the amount of the damages that would have been sustained in the accident if a seatbelt had been used. You will subtract that amount from the total damages actually sustained in order to obtain what I will call seatbelt damages.

The final decision you must make about the seatbelt claim is whether you will allocate or assign some percentage of negligence or fault to plaintiff because of his/her failure to use a seatbelt. This is a separate consideration of fault from your earlier one concerning the fault of the parties in causing the accident. The percentage of negligence or fault I am talking about now is only in connection with the increased injuries. For how much of that fault — in a percentage ranging from one to one hundred percent — do you find plaintiff is responsible? You may be wondering why you have to make all of these decisions and how they may affect the final outcome of this case. I want to describe that to you now.

There is more to this lengthy jury charge, but as you can gather, it is a very confusing subject for the jury to consider. Needless to say, it is important that you have an experienced New Jersey Auto Accident Lawyer if you or a family member are injured or killed in an accident. Call or text me at 609-277-3166 if you are seeking legal representation. Free Consultation!