What to do if a Child is Bitten by a Dog 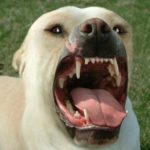 Nothing may be more devastating than a vicious attack by a dog or other pet, especially if a child is the victim. Dog attacks can lead to long term consequences such as permanent scarring and psychological trauma. Medical bills for treatment including plastic surgery could be substantial and possibly not covered by your personal health insurance.

If you are bitten by a dog, call 911 immediately. Authorities need to investigate the incident especially towards determining the medical history and prior propensity for violence of the involved dog. A physician or emergency medical personnel should also be contacted immediately to address the medical risks associated with receiving a dog bite.

A dog owner is often required to keep his or her pet leashed or confined to a specific area for the safety of others. This normally applies to all breeds of dogs. The legal implications of a dog attack vary significantly depending on the jurisdiction where the attack took place. This article looks at the laws of Pennsylvania and New Jersey.

New Jersey has one of the most favorable laws in the country for victims of a dog attack. It is considered a strict liability jurisdiction that benefits victims of dog bites. The statute, 4:19-16, states:

“The owner of any dog which shall bite a person while such person is on or in a public place, or lawfully on or in a private place, including the property of the owner of the dog, shall be liable for such damages as may be suffered by the person bitten, regardless of the former viciousness of such dog or the owner’s knowledge of such viciousness. For the purpose of this section, a person is lawfully upon the private property of such owner when he is on the property in the performance of any duty imposed upon him by the laws of this state or the laws or postal regulations of the United States, or when he is on such property upon the invitation, express or implied, of the owner thereof.”

Pennsylvania is considered a strict liability jurisdiction for the payment of a victim’s medical expenses and, in limited circumstances, for non-economic damages such as pain and suffering. Pennsylvania law may require you to prove that the dog owner was negligent or that the dog had a prior propensity to bite people. The following are parts of the statutes governing dog ownership in Pennsylvania.

Section 502. DOG BITES; DETENTION AND ISOLATION OF DOGS
(a) CONFINEMENT – Any dog which bites or attacks a human being shall be confined in quarters approved by a designated employee of the Department of Health, a State dog warden or employee of the Department of Agriculture, an animal control officer or a police officer. Such dog may be detained and isolated in an approved kennel or at the dog owner’s property. Where such dog is detained is at the discretion of the investigating officer. All dogs so detained must be isolated for a minimum of ten days. Any costs incurred in the detaining and isolation of such dog shall be paid by the offending dog’s owner. When the dog’s owner is not known, the Commonwealth is responsible for all reasonable costs for holding and detaining such dog.
(b) BITE VICTIMS – The investigating officer shall be responsible for notifying the bite victim of the medical results of the offending dogs confinement. Any cost to the victim for medical treatment resulting from an attacking or biting dog must be paid fully by the owner of such dog. The Commonwealth shall not be liable for medical treatment costs to the victim.
(c) EXEMPTION – When a dog that bites or attacks a human being is a service dog or a police work dog in the performance of duties, said dog need not be confined if it is under the active supervision of a licensed doctor of veterinary medicine. If the dog bite victim requires compensation over and above the medical costs, the victim must prove one of three things:
(1) The dog owner was negligent.(2) The dog had a dangerous propensity to bite people.(3) The attack was a violation of the dangerous dog law because of the seriousness of the injuries.

Dog bites are traumatizing events. Think objectively when making decisions. Do not let emotions cloud your judgment when deciding the best course of action regarding possible civil and criminal legal proceedings pertaining to the dog’s owner or whether someone should seek medical care in the event of personal injuries. If you need a dog bite lawyer, call or text 609-277-3166 in New Jersey or 215-546-3166, in Pennsylvania to speak with Joseph Monaco, NJ & PA Dog Bite Lawyer. Free Consultation.