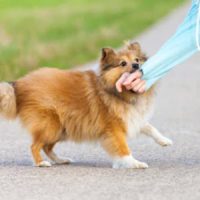 In summer 2021, Joseph Monaco won a dog bite case before the New Jersey Supreme Court that eliminated an exception to New Jersey’s strict liability Dog Bite Statute. The case, Goldhagen v. Pasmowitz (2021), concerned primary assumption of the risk and independent contractors who have been hired to provide care for dogs. The New Jersey Supreme Court held that the New Jersey strict liability dog bite statute “applies to the claim of an independent contractor who agrees to care for a dog,” explaining that the “statute’s plain language reveals no legislative intent to recognize an exception to strict liability under the Dog Bite Statute for any category of injured plaintiffs.”

In other words, an independent contractor who agrees to care for a dog can hold the dog owner strictly liable for injuries caused by a dog bite. Our firm can provide you with more information about the case and its implications for your dog bite claim.

Under the New Jersey Dog Bite (N.J.S.A. 4:19-16), a dog owner is liable for injuries when their dog bites regardless of the viciousness of the dog or previous history of biting. To be clear, dog owners are strictly liable for dog bite injuries, which means that a dog owner is responsible for damages when their dog bites merely as a result of owning the dog. A person injured in a dog bite incident does not have to prove that the dog owner was negligent. The statute explicitly states:

“The owner of any dog which shall bite a person while such person is on or in a public place, or lawfully on or in a private place, including the property of the owner of the dog, shall be liable for such damages as may be suffered by the person bitten, regardless of the former viciousness of such dog or the owner’s knowledge of such viciousness.”

Getting the Facts of the Case in Goldhagen v. Pasmowitz

In Goldhagen, the plaintiff (Goldhagen) was employed as a groomer and kennel assistant. The defendant (Pasmowitz) had a Rottweiler mix, Louie. Pasmowitz took Louie to the kennel and filled out an intake form that indicated Louie had previously “nipped” or “bit” Pasmowitz’s son, and Pasmowitz “urged caution in handling the dog.” After being boarded, Goldhagen did not initially read the intake form. Louie bit Goldhagen and caused a “severe facial injury.” The trial court ruled in Pasmowitz’s favor, indicating that New Jersey case law recognized an “independent contractor exception to strict liability under the Dog Bite Statute.”

On appeal, the court held that there is no independent contractor exception to strict liability under the Dog Bite Statute. At the same time, the court clarified that New Jersey’s comparative fault law could apply and ultimately could reduce Goldhagen’s damages since Goldhagen failed to read the intake form before handling the dog.

If you were injured by a dog bite while you were working, you may be eligible to file a claim with assistance from a New Jersey dog bite lawyer at Monaco Law PC. Joseph Monaco is a New Jersey and Pennsylvania personal injury lawyer serving Atlantic County, Burlington County, Cape May County, Camden County, Cumberland County, Gloucester County, Mercer County, Middlesex County, Ocean County, Salem County and all of South Jersey.

By Monaco Law PC | Posted on September 22, 2022
« Seeking Compensation After An Uber Accident
Slips And Falls Versus Trips And Falls »