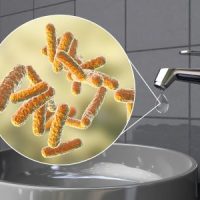 Veterans who are currently living in New Jersey or Pennsylvania and who served at Marine Corps Base Camp Lejeune or Marine Corps Air Station (MCAS) New River in North Carolina may currently be eligible to file a claim if they have been diagnosed with a health condition or have experienced symptoms of exposure to contaminated water. As the U.S. Department of Veterans Affairs (VA) explains, if you were stationed at one of these locations in North Carolina between 1953 and 1987, you could have suffered a harmful exposure, and you should get in touch with an experienced toxic torts attorney to find out more about your options.

According to the VA, service members who were stationed at Marine Corps Base Camp Lejeune or Marine Corps Air Station (MCAS) New River in North Carolina “may have had contact with contaminants in the drinking water there.” The VA clarifies that “scientific and medical evidence has shown an association between exposure to these contaminants during military service and development of certain diseases later on.” Diseases and medical conditions that have been linked to water contamination exposure include but may not be limited to the following:

Lawsuits related to exposure to contaminated water at Camp Lejeune may be filed in connection with two federal laws: The Promise to Address Comprehensive Toxics Act (PACT Act), and the Camp Lejeune Justice Act of 2021. Prior to the passage of these laws, service members and veterans who were diagnosed with life-threatening conditions as a result of exposure to hazardous contaminated water, it was not possible to file a claim against the government under the Federal Tort Claims Act. However, with this recently passed legislation, veterans can file claims against the government in order to seek compensation for these harms.

Under the Camp Lejeune Justice Act, you must meet the following requirements in order to be eligible to bring a claim:

The Act prohibits the federal government from asserting immunity in any litigation related to Camp Lejeune toxic exposures.

If you or somebody you love has been diagnosed with a health condition resulting from exposure to water that was contaminated at Camp Lejeune, you could be eligible to file a claim for financial compensation. An experienced New Jersey and Pennsylvania personal injury lawyer at Monaco Law PC can evaluate your case and can assist you with a claim. Joseph Monaco is a New Jersey and Pennsylvania personal injury lawyer serving Atlantic County, Burlington County, Cape May County, Camden County, Cumberland County, Gloucester County, Mercer County, Middlesex County, Ocean County, Salem County and all of South Jersey.

By Monaco Law PC | Posted on November 23, 2022
« Am I Eligible To File A Negligent Security Claim?