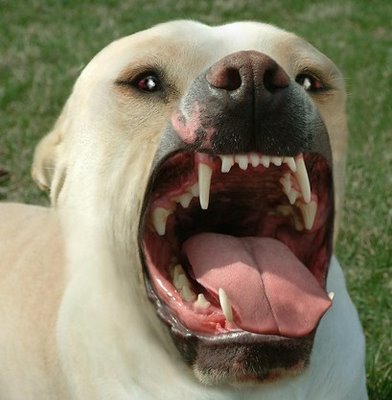 Unfortunately, dog bites are very common with many leading to serious wounds and emotional trauma. Roaming dogs can also lead to Woodbury motor vehicle accidents when a dog runs across the roadway. If you or your child are bitten by a dog, or are involved in an auto accident caused by a unleashed dog, call me, Joseph Monaco, to learn how a Woodbury Dog Bite Lawyer can help protect your rights.

Who is Responsible for a Woodbury Dog Personal Injury Claim?

The owner of any dog which shall bite a person while such person is on or in a public place, or lawfully on or in a private place, including the property of the owner of the dog, shall be liable for such damages as may be suffered by the person bitten, regardless of the former viciousness of such dog or the owner’s knowledge of such viciousness. For the purpose of this section, a person is lawfully upon the private property of such owner when he is on the property in the performance of any duty imposed upon him by the laws of this state or the laws or postal regulations of the United States, or when he is on such property upon the invitation, express or implied, of the owner thereof.

This is a “strict liability” statute, meaning dog bite victims do not have to prove that the owner or keeper of the dog was negligent, or that the dog was known to be violent. Some situations; however, can require proving negligence. This occurs when the incident does not involve a dog bite. For example, a person injured while trying to avoid a dog attack can bring a claim for negligence against the dog’s owner or keeper. A claim against a landlord is also be possible if the landlord knew the dog was vicious and failed to prevent it from roaming free. Failing to provide a fenced in yard could serve as a basis for a negligence claim against a Woodbury landlord.

Because dog owners are strictly liable under New Jersey law, a frequent area of contention is proving someone is the dog’s “owner.” Often, local ordinances are in place regarding dog ownership.

(a) No person shall own, keep, or harbor any dog of more than six months of age without securing a license from the police department who shall keep a record of all licenses issued and shall issue a durable identification tag for such license. Upon receipt of an application reciting the name and address of the owner, the address where the dog will be kept, and the sex, breed, age, color and markings of the dog for which a license is sought, and upon payment of the license fee established by resolution, the police department shall issue a license in the form of a metal identification tag for each animal.
(b)When application is made for an altered dog, proof that the animal has been altered must be presented at the time of application for the license.
(c) The term of a license shall be for the calendar year or balance thereof. Failure to renew the license by March 31 of each succeeding year will result in a late license penalty fee in the amount established by resolution being owed to the city.
(d) Failure to purchase a license within 60 days of establishing residence in the city within 60 days of acquiring a dog or a dog reaching the age of six months during any calendar year will result in the late license penalty fee being owed to the city.

(a) Any police or animal control officer of the city may enter upon the private property of any person in pursuit of any animal under probable cause to believe that such animal has bitten a person or animal, or that such animal is rabid.
(b) Except as expressly authorized by law, it shall be unlawful for any person other than an officer or agent of the city, acting pursuant to this article, to destroy any animal which has bitten any person or animal unless such animal has been determined to be or is rapid.
(c) Subsection (a) notwithstanding, whenever any person who owns, possesses or harbors any animal within the city learns that the animal has bitten any human being, such person shall immediately impound such animal for a period of 14 days and keep apart from other animals until it is determined whether the animal has rabies. The impoundment may be by the person owning the animal if such animal has a current rabies vaccination at the time the bite occurred. If the animal does not have a current rabies vaccination at the time the bite occurred, the animal must be impounded at the city pound or with a licensed veterinarian at the owner’s expense. If the animal is found to be rabid, it shall be destroyed. The owner shall notify the police department and the animal control officer of the impoundment.
(d) If the owner cannot be advised of the animal bite within the two hours following the occurrence or if the owner fails to impound the animal as required by this section, the police department or an animal control officer shall cause the animal to be so impounded. If the animal is found to be rabid, it shall be destroyed. If it is found not to be rabid, it shall be returned to the owner provided the owner first pays for the cost of keeping the animal. If the owner does not pay such cost within five days after he has been notified to claim or retrieve his animal, the animal may be disposed of as provided in section 5-46, subsection (d).
(e) Any animal known to have been bitten by a rabid animal or exposed to rabies shall be impounded and destroyed; provided, however, that such animal may be immediately destroyed, if with reasonable effort it cannot first be taken up and impounded. If such an animal is impounded, it shall not be destroyed if the owner makes provision for suitable quarantine for a period of not less than six months, or proof of immunization is furnished and booster injections are given by a licensed veterinarian at the expense of the owner.

(a) The following are public nuisances and unlawful:
(1) Any animal that damages property (that is not the property of the owner), including plantings, lawns or structures, or that deposits fecal matter off of the owner’s property that the owner fails to remove promptly. (2) Any animal that, without provocation, chases, molests or approaches pedestrians or bicyclists in a threatening manner upon the streets, sidewalks, rights-of-way, or any public property, or habitually chases automobiles on the public streets or highways.
(3) Any animal that is kept under unsanitary and/or inhumane conditions such that the maintenance or keeping of the animal creates odors to the annoyance of the public in the vicinity.
(4) Any animal that kills or attacks another domestic animal or livestock without provocation while off the owner’s property.
(5) The owning, keeping, or harboring of any animal which shall by any noise, unreasonably and/or excessively disturb the peace and quiet of any person in the vicinity. The phrase “unreasonably and/or excessively disturb the peace and quiet” shall include, but is not limited to, the creation of any noise by an animal which can be heard by any persons, from a location off the animal’s owner’s property where the animal is being kept, and which noise:

Woodbury dog bites can have significant consequences. They can lead to infections, lacerations, scars, disfigurement and post-traumatic stress Disorder. Especially disturbing are dog attacks involving children. A parent witnesses her child being attacked by a dog could have a claim for emotional distress.

New Jersey law provides for an award of monetary compensation when someone is injured by a dog. You are eligible to recover past and future medical bills, past and future pain and suffering, past and future wage loss and disfigurement. If the Woodbury accident caused a wrongful death, there are distinct damages associated with this type of loss as well.

When a Woodbury motor vehicle accident is caused by a dog that is running at large, the owner or keeper can be found liable if their negligence led to the dog roaming free.

My almost thirty years of experience as a dog bite lawyer, can help you and your family in this time of need. Call or text me at 609-277-3166 for a Free Consultation. An early, thorough investigation can be the difference between winning and losing your case. That’s why it is important to contact me right away.